The historic and community-centered institution for the higher education of Alabama Agricultural and Mechanical University or AAMU was established in 1875. It manifests its roots as a black university and an orthodox land-grant institution with its research, teachings, and public services. Founded by Dr. William Hooper Councill, a former slave, AAMU is a forward-thinking and aggressive facility with a strong sense of commitment to academic distinction. The campus can be found on “The Hill,” not far away from the town center of Huntsville. 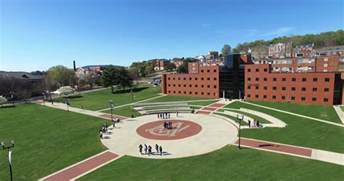 The institution offers over 60 undergraduate, graduate, and certificate programs. Alabama Agricultural and Mechanical University provide a diverse international faculty, a wide selection of student organizations, and a large-scale network made up of various individuals in the field of business, education, law, engineering, science, art, and literature.

In 1875, William Hooper Councill, a teacher, and a schoolmaster, successfully won authorization to establish Huntsville State Normal School for Negroes. The institution formally opened with Principal Councill instructing 61 students on the first of May, 1875. Three years later, the state allocation increased to $2000, allowing the school to develop its curriculum and accept more enrollees.

Teachers consolidated money from their compensation to acquire land on West Clinton Street in 1881. The school with approximately 180 students was renamed to State Normal and Industrial School of Huntsville in 1885– after other programs, including printing, sewing, and carpentry, this was added to their curriculum. The school site became a post office venue by 1890 and was regarded as Normal, Alabama. Under the Morrill Act of 1890’s provision, the school was nominated as a land-grant college in 1891. Its name became The State Agricultural and Mechanical Institute for Negroes five years later. The school was renamed again in 1919, making it the State Agricultural and Mechanical College. In 1963, AAMU was formally commissioned by the Southern Association of Colleges and Schools, and in 1969, its name was changed to Alabama Agricultural and Mechanical University.

The founding of the Louis Crews Stadium with 21,000-seat capacity, West Complex Campus and other significant renovations of old buildings took place in the new millennium. In 2002, the School of Engineering and Technology was established along with the founding of the Ph.D. program in Reading and Literacy. The Board of Trustees authorized out-of-state scholarship grants in 2015. The scholarships were given to students who meet specific academic qualifications.

AAMU is a public 1890 Land-Grant institution with a steadfast commitment to intellectual inquiry and access and opportunity. The quality of teaching, research, and service are contingent on the needs of a multi-cultural population and the state’s financial requirements. The University’s programs aim to prepare its students in careers in science, arts, engineering, business, agriculture, and technology. AAMU is committed to offering a student-focused environment conducive for upbringing scientists, scholars, and future leaders who are competent and equipped to stand out in their chosen paths.

AAMU envisions itself as a premier Land-Grant institution recognized by faculty, staff, and students. It will be renowned in the country and internationally as a quality institution of teaching, outreach, research, service, and excellent academic curriculum with well-equipped and competitive students.